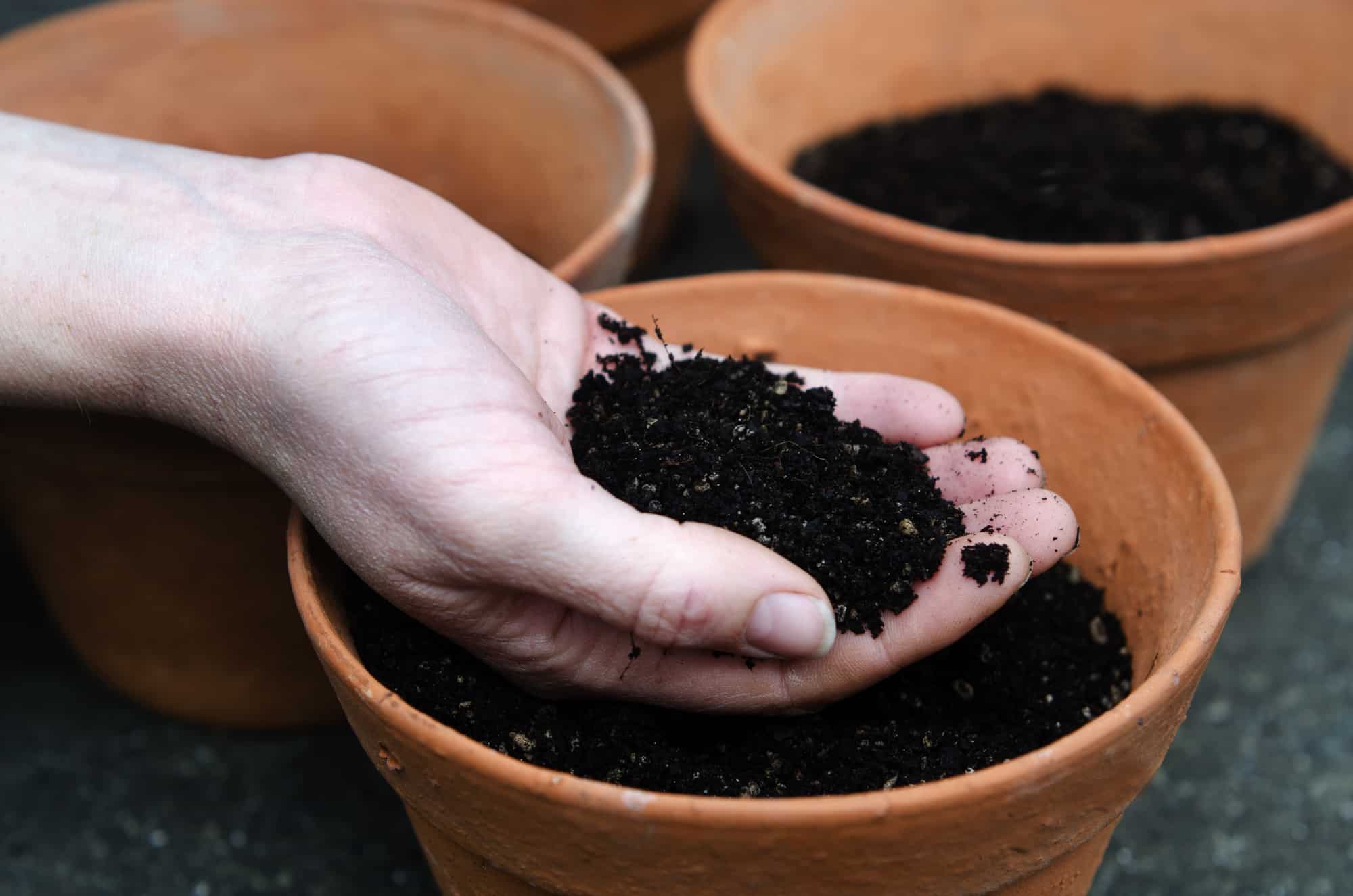 I love to populate my front porch with a lush array of potted plants. With colder weather, I even place a few plants inside. However, there will be no lush greenery with dead potting soil.

I’m like you — I used to glare at that bag of old potting soil and wonder: can I really still use this stuff?

Thankfully, I found the answer.

You can reuse and rejuvenate old potting soil. However, I wouldn’t recommend using old potting soil without taking action to make it more effective. Why? Aged potting soil can harbor pathogens, become overly acidic, and lack proper aeration – all this will result in unhealthy plants.

I’m going to give you all my tips and secrets on how to deal with old potting soil. Is it safe to use? How do I know if my potting soil is ruined?

Let’s figure out what you can do with that old bag of dirt.

How Long Does Potting Soil Last?

Before getting into the Einstein stuff (not really), let’s start with the basics. How long does potting soil last?

Simply put, it depends on whether the bag is unopened and whether or not the soil includes composting material.

First, unopened bagged soil can last a long time. It can stay usable for years if stored in a dry area and not exposed to pests. However, if the soil contains a composting material, it will break down over time.

Potting soil doesn’t necessarily have a shelf life. Instead, potting soil will slowly lose vitality over time, but how fast this happens will depend on how it is stored and if it was previously used.

How to Tell is Potting Soil is Bad

Alright, let’s see if your potting soil is ready for retirement. Potting soil will give several indicators that its glory days are over.

Here are three ways to tell if your soil is bad:

An opened bag won’t last as long. Indeed, an opened bag of potting mix will begin to lose potency after the first six months.

Alright, so your potting mix isn’t expired. But does it have mold? Some potting soil will develop a film of whitish mold on the surface. While this isn’t extremely dangerous, it’s not the best thing to use for new plants as the fungus will compete with the seedlings for nutrients.

So, if you have moldy potting soil, it’s best to mix it with the healthy soil of a strong plant.

Overall, you want your soil to be somewhat light and fluffy. In a way, the potting mix should feel like dirty clouds. Light, fluffy, airy. On the other hand, if your potting mix has hardened and is compacted down into the bag, then it’s probably past its prime. Plants don’t grow well in cement.

This hardening is especially common after the potting soil has already been used. Plants will leach the nutrients from the soil and additives like vermiculite and peat moss will break down.

All this leaves you with stiff potting soil, which will need to be rejuvenated.

Is it Okay to Use Old Potting Soil?

Let’s break this down.

Adding old soil to a garden bed can help in several ways. First, it provides a nice topsoil that will thwart weeds. Second, the topsoil provides several layers of moisture maintaining dirt. As a result, you’ll see an increase in germination.

With this method, you haven’t wasted the old soil, and the garden bed is enhanced. Win-win!

You can also mix old and new potting soil. Simply fill the bottom of your pot with the old soil, and cover the top with the new. You should be using about half old and half new. In this way, you double the effectiveness of your new soil.

Why throw out old soil when you could bring it back to life? When you rejuvenate your soil, you are taking several steps to recreate an effective growing medium.

If you’re a DIYer, and you want to save a little money, see the section below on how to reuse that old bag of dirt.

Can You Rejuvenate Old Potting Soil?

As stated above, you can rejuvenate old potting soil. I’m going to share three steps to rescusitate your potting soil.

To pasteurize, you want to heat the soil to about 180 degrees Fahrenheit. There are a few ways to do this. First, you could lay a black tarp in the hot sun and spread the soil on the tarp. Allow the soil to bake.

During the process, remove old weeds and roots.

In addition to the tarp method, you can also place the soil in your oven or microwave; however, be prepared for a rank smell.

Flush the Soil with Water

Potting soil can build up excessive amounts of salts and minerals. To clear them out, you’ll want to flush the soil with clear water.

To do this, you can take a pot of soil and run water through it until you have a steady stream of water leaking out the bottom of the pot.

Finally, you’ll want to fertilize the soil. Fertilizer comes in many different forms, so you’ll need to do some research to figure out which is best for your situation.

Many people recommend an organic mix. Re-fertilizing your old potting mix can give it the boost it needs to produce beautiful flowers or veggies.

Potting soil will lose vitality as it ages. However, you can mitigate the losses with proper storage and effective revitalization techniques. If your old soil looks especially worn out, don’t take chances, use new or rejuvenated soil — especially if you’re starting fresh seeds.