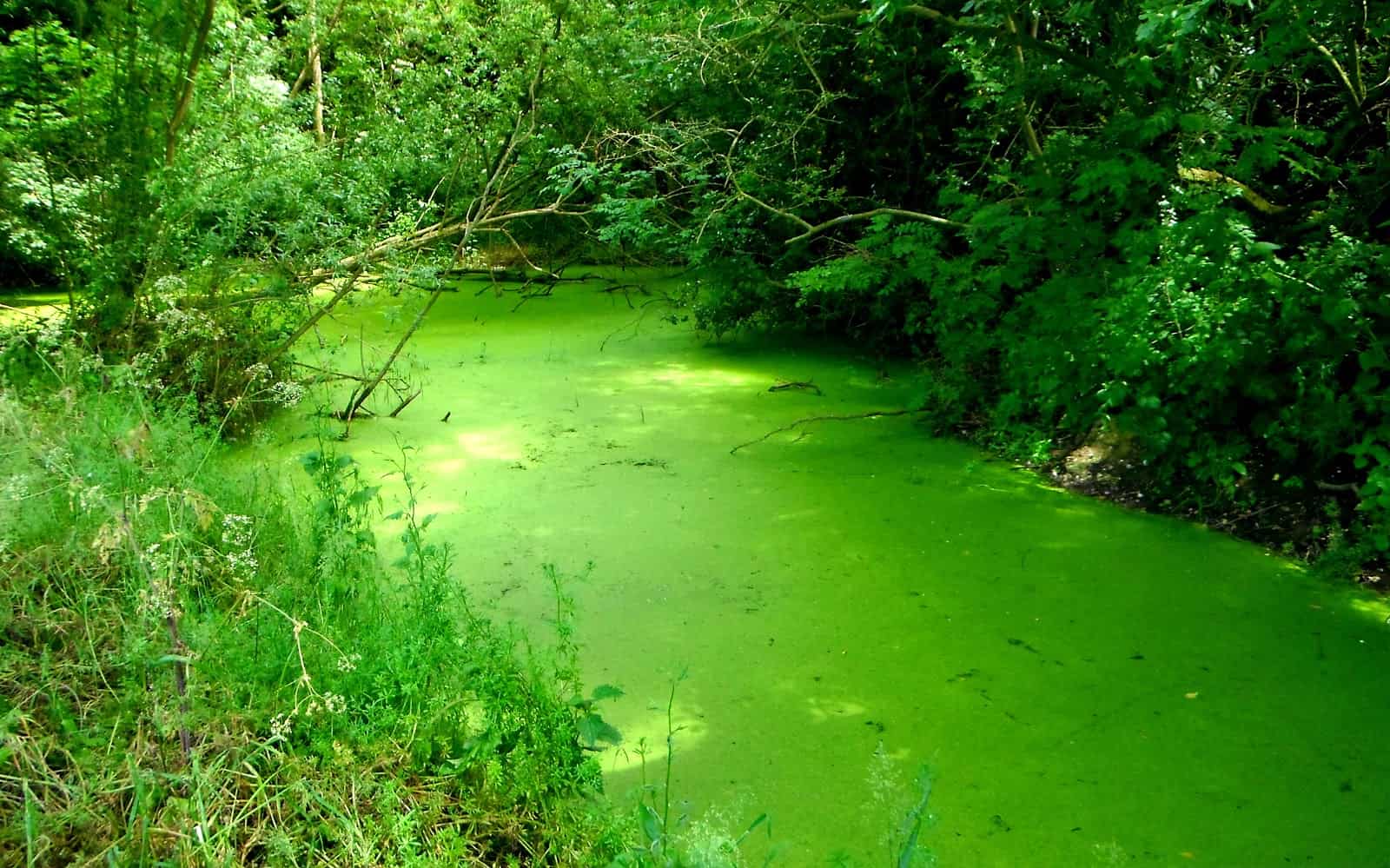 There is no denying that birdbaths are a great way to add an instant dash of class to an outdoor décor scheme. They can be a fantastic way to attract birds and bring a sense of life to your yard. Add to that the style points and potential improvement to your home’s property value that can come with a truly beautiful birdbath, and the impetus to get one should be clear, no?

Well, there is one catch. Like your own tub, birdbaths and feeders need to be cleaned every now and again, lest they become filthy and scummy (just like rain barrels). You don’t want guests wrinkling their noses and birds turning up their beaks at a disgusting, algae-filled birdbath.

If that’s not reason enough, the Audobon strongly recommends you avoid letting your birdbath get dirty.

That’s why you’ll want to follow these simple tips for cleaning birdbaths and preventing algae buildup.

How to Prevent Algae Growth In Birdbaths

The first and most obvious way to deal with a buildup of algae in your birdbath is to simply wash it. That likely won’t eliminate the source of the algae buildup, but it will help you prevent it from getting worse.

Drain the birdbath, take some soap and water, and scrub the entire basin. If there is any algae on the base, stem, or any other part of the birdbath, scrub that as well.

Can you use a pressure washer to clean your birdbath? That depends entirely on the material of the birdbath you own. If you have a sturdy stone birdbath, have at it! If it’s made of more fragile material, pressure wash with caution.

What about “biodegradable balls”
In my research, I found many places recommending folks purchase biodegradable balls to clean their birdbaths with. This is a silly recommendation. The balls in question are made primarily to clean ponds (thousands of gallons of water). You do not want to use them for your backyard birdbath.

In addition, you’ll want to make sure that you are changing the water in your birdbath every few days. You wouldn’t want to take a bath in stagnant water that’s just been sitting there for days, and birds won’t want to either. They may be wild animals, but they can sense when something’s less than fresh.

What’s more, leaving water unchanged or filtered for days on end can bring not just algae and bacteria, but the diseases they bring along with them, such as West Nile Virus. Stagnant pools of water can also attract mosquitos, which are also carriers of West Nile, and can make your birdbath that much more unclean.

Certain over the counter enzyme solutions can help dispel algae buildup. Simply pour the required amount into your birdbath and let them work their anti-algae magic. This will require regular applications.

You might also want to consider using detergent, though you’ll need to make sure that you’re using one that won’t poison the birds who stop by for a drink. All-natural options are a must.

Place it in the Shade

Algae is simply a plant, and like all plants goes through the process of photosynthesis to generate food for itself. Plainly put, water plus sunlight equals algae, bacteria, and all the problems that come with them.

As such, one way to mitigate your algae problem is by removing the issue of sunlight altogether by placing your birdbath in a shady place. While you may like the look of your birdbath as the water glistens in the sun, placing it in the shade can help slow the rate of bacteria growth and algae formation.

Penny for your thoughts on this one. (get it?)

If you’ve been struggling with algae in your birdbath and have Googled around a bit, chances are you have run across the “penny trick” online. The basic upshot is this is just what it sounds like – that if you put a few pennies in your birdbath, it can solve your algae problem. Moreover, if you have the whole basin made of copper, you’ll never have to deal with this issue in the first place.

Is this true that a penny can prevent your birdbath from growing algae?

While no method is foolproof, it is certainly true that copper can be a great way to prevent algae from building up in your birdbath. That’s because copper is biostatic and antimicrobial which means that certain types of bacterial, algae, and fungi will not grow on its surface.

What’s more, copper is relatively sterile and common. As stated, pennies contain copper, as do household items such as certain types of bowls, utensils, pipes, wiring, and jewelry.

link to Can You Really Cook Food Using a Propane/Butane Torch?

If you’ve ever tasted a delicious crème brûlée caramelized with a kitchen torch, you’ll understand why it’s a must-have tool for any chef. However, because these torches use gases like...

You’re tired of mowing, pesticides, watering, and outdoor maintenance. You’ve been thinking about replacing your old lawn with artificial grass, but your budget is tight. So what’s the cheapest...