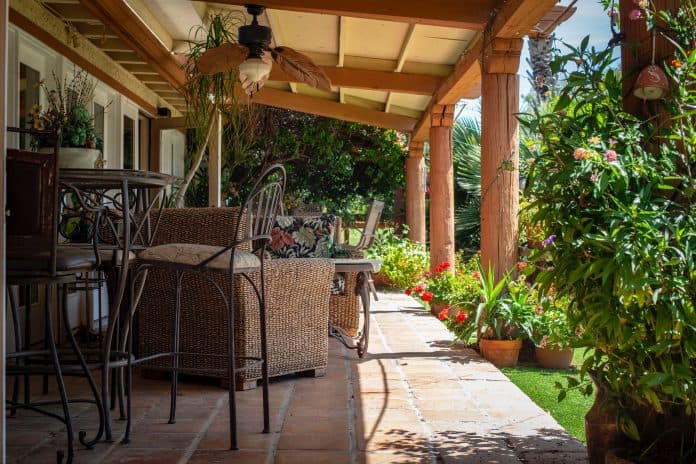 I remember a few years back when I invited some friends over for a labor day barbecue. My wife and I had just purchased a new house and really wanted to break it in with a major celebration. We invited our friends started getting excited for the big day. Well, the big day arrived and one of my wife’s friends brought her new boyfriend. Of course, we were happy to offer our hospitality to him and help him feel welcome. However, as I’m preparing the burgers to put on the grill, he chimes in: “You know, you shouldn’t grill under a covered porch like that.”

I responded “Oh, it’ll be fine. It’s just an awning and this is a gas grill.” But he was adamant and would. not. stop. talking about it. Finally, I moved the grill 3 feet just so he would shut up.

Later on that night, I started thinking about it. Was Larry right? Is it safe to grill under a covered porch? I did what any Captain would have done — I researched it. Now, glass of whiskey in hand, I’m happy to reporting my findings. Read on, and let’s set the record straight.

Is It Safe To Grill Under A Screened-In Porch?

Let’s get one thing out of the way first: You definitely don’t want to grill with charcoal in a screened-in porch. The smoke might not kill you, but it will leave everything smelling like char. Not only that, charcoal grills can burn way hotter than their propane cousins, increasing the risk of fire.

But of course, I didn’t have a screened in porch. I had an awning.

Is It Safe To Grill Under An Awning?

An awning is a bit of a different story. Air flows much better without the restriction of the screen. This means you can probably get by grilling (even with charcoal) underneath an awning as long as you have proper clearance (9+ feet). Even though you can, extreme care should still be taken.

Similar to a screened in porch, the burning gas and charcoal could stain your ceiling over a long enough time period. Flame-ups, sparks, and grease fires could also be a lot more damaging under an awning than open air. For that reason, you should keep a fire extinguisher nearby, as well as a spray water bottle to handle flame-ups and sparks. As long as all proper precautions are taken, grilling under an awning can be safe.

The Captain did take all precautions, and like usual, I was prepared for the worst. I had my spray bottle and I had an inspected fire extinguisher nearby. But I’m not going to rub it in Larry’s face. In retrospect, he just wanted to protect the house and party guests. He might have had a bad experience with a grill under a covered porch, who can say?

Even though grilling under things can be safe, you’ll want to make sure you do all you can to reduce the likelihood of accidents. This includes heat damage or grease stains on the surface of your porch/deck. A grill pad can do wonders to keep your outdoor area clean and safe.

I’m including the one that I use just below.

GrillTex Under the Grill Protective Mat

I can’t say enough about this fantastic mat. I’ve been using it for a few years with no problems at all. My deck is very thankful, as the pad helped prevent many unfortunate grease accidents.

Is It Safe To Grill Under A Carport?

A metal carport is very similar to a patio/awning setup, so the same rules apply here. You might not care as much about staining the ceiling of a carport though, so it’s an even better option than an awning. If the weather starts looking stormy, it can be a great place to post up and grill some burgers.

How Far Should A Grill Be From Your House?

Regardless of which area you choose, you should still make sure that your grill is far enough away from your house as to not cause a problem. Most grill manufacturers will tell you to keep a minimum of two feet from your gas grill. You should keep an even wider berth for both charcoal grills and portable propane grills.

In fact, the United States Consumer Product Safety Commission recommends you place the grill at least 10 feet from any standing structure (source).

Update: Can You Grill Under A Tree?

Mary Allen of Fort Worth, TX emailed me and asked the following question:

Hey Captain, I’d like to grill underneath an old oak tree in my backyard. Is this safe?

This is starting to get a bit repetitive. Yes, you can grill under a tree as long as you follow the proper precautions. Make sure there are no dry leaves nearby or any low hanging branches that could catch fire. And still keep a fire extinguisher / spray bottle of water handy. You should be prepared to say goodbye to the grass underneath the grill, though.

And next time, invite the Captain for some of that Texas BBQ!

Do you all have any questions about where you can grill? I’m happy to do the leg work and figure it out for you! And Larry, if you’re reading, thanks for making sure the Captain was being as safe as he could be. I truly appreciate it! 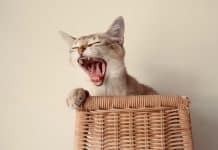 Can Wicker Patio Furniture Be Repaired? 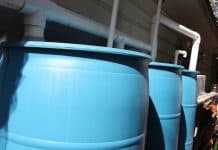 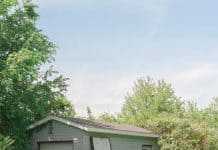 How To Attract Bees To Your Patio

How To Secure Your Patio Door

How Do I Get Rid Of Weeds On My Patio? [ANSWERED]

Is It Okay To Grill Under A Covered Porch?

What’s That Black Stuff On My Patio?! 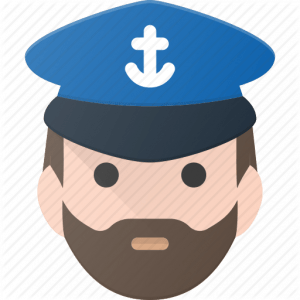 ABOUT US
I'm a simple man with a burning love of patios. Captain Patio is my place to explore my passion for outdoor spaces and try to be helpful to you folks at the same time. Captain Patio is a participant in the Amazon Services LLC Associates Program, an affiliate advertising program designed to provide a means for sites to earn advertising fees by advertising and linking to amazon.com].
FOLLOW US
©