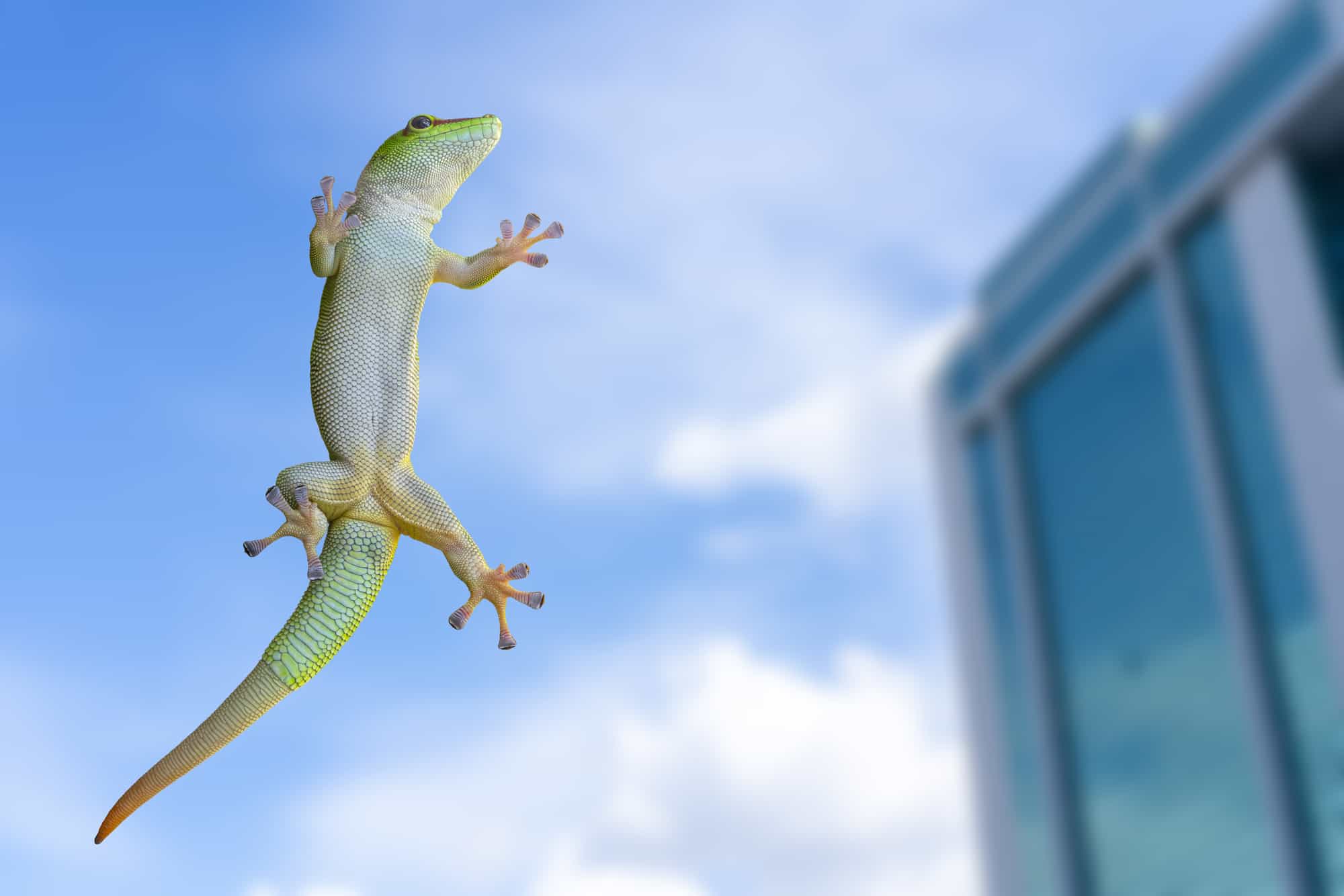 In some areas of the world, lizards are wild desert animals or a part of rainforest wildlife.

However, many of us know what it is like to spot these creatures crawling around in our outdoor spaces, perhaps right on your own patio. Since you’re here, I’m guessing this describes you!

So, what can you do to rid yourself of these pesky creatures? Are there any benefits to keeping them around instead? And how do you repel lizards from your backyard permanently?

I address all these questions and more so that you know what to do when you see a scaly creeper.

There are quite a few different lizards species that it is common to see crawling around throughout the Americas. Although they do not all react the same way to some of these approaches, there is a lot of overlap for what will work.

One other thing to note — I decided to focus only on humane ways to rid yourself of these little reptiles. Lizards are extremely important for many ecosystems and I’d prefer someone not kill them if they don’t have to!

First, let’s take a look at something you definitely have around the house.

Break Out the Ice Water

Fill up a spray bottle with water and ice, then go lizard hunting!

The cold water is humane, cheap, and environmentally friendly. While the spray of cold may be uncomfortable for a moment, it won’t seriously hurt the lizard.

Best of all, this costs next to nothing. It has the lowest barrier of entry to any of the other approaches listed below. As long as you have a spray bottle, you can start repelling your backyard lizards!

I know what you’re thinking, but don’t worry. I am not talking about spraying fresh pepper spray directly onto the lizard!

Instead, squirt it around the areas that they frequently hide out in or crawl out. They hate the strong smell, and it feels hot on their skin but doesn’t hurt them.

Many manufacturers create sprays specifically to repel insects, marmots, and reptiles. It will be mixed strong enough to deter the lizards without actually harming them.

Reapply it to areas at least once a week until they find a new place to live.

Peacock feathers are an odd one, but lizards seem to have a healthy fear of them.

The consensus is because the top looks like a large eye staring at them. Additionally, this is a stellar option for people who are trying to cultivate an attractive exterior space.

There are quite a few ways that work well for you to catch a lizard without harming it. The difficulty is to keep it calm enough that it doesn’t lose its tail! Although not fatal, this loss is difficult for their maintained health.

One of the most effective approaches to trap a lizard is to use flypaper or a domed container.

Then, take it to a non-residential area and release it into the wild.

A word of warning — some people use glue paper, but it is often so sticky that it can mean a death sentence for the creatures.

The Power of Sound

Lizards are a lot like dogs in this way — both creatures can hear sounds that we can’t. Because of this, you can play loud noises at frequencies you’ll be unable to hear.

The lizards, however, will hear them just fine!

Hearing these sounds does not damage them, but is uncomfortable enough not to have a desire to stick around. Just think about it: if someone was blasting Rick Astley outside your home at all hours, you’d think about moving!

A Mixture of Onion and Garlic

In the same way that lizards dislike the smell of pepper spray, a mixture of blended onion and garlic also doesn’t sit well.

Simply spread it in areas they frequent and wait for them to take the hint. Since it contains larger chunks of organic material, the smell tends to stick around longer than a spray.

You can use a spray bottle or make a paste.

Most of them eat insects, and some of them eat fruits and other plant parts. If you have a surplus of their preferred food source, they are more likely to stick around. A readily available source of water also draws them in.

One method that helps to rid yourself of lizards is identifying the species and what they prefer to eat. If it is a particular insect, get rid of these as well, perhaps with a bug zapper.

If it is a plant, consider growing something else.

Why You Should Repel Them

Lizards are mostly a somewhat irritating pest to have around, but they are relatively benign. They can be carriers for certain diseases, such as salmonella.

For this reason, they can be dangerous to have in your home but are pretty harmless outside.

The only other significant downside is the droppings they leave behind almost anywhere they crawl. It can dirty up an outdoor space and foster areas for more insects and pests.

The most significant benefit of having a moderate population of lizards around your outdoor space is the insect control they provide. As stated previously, they primarily eat insects. They eat things like crickets, mealworms, ants, spiders, and even cockroaches.

There are some beneficial insects that lizards could chew on. For the most part, though, who prefers cockroaches over lizards?

If your lizard population starts to get out of hand, or you simply do not want them around, then we’ve detailed many humane approaches to get rid of them.