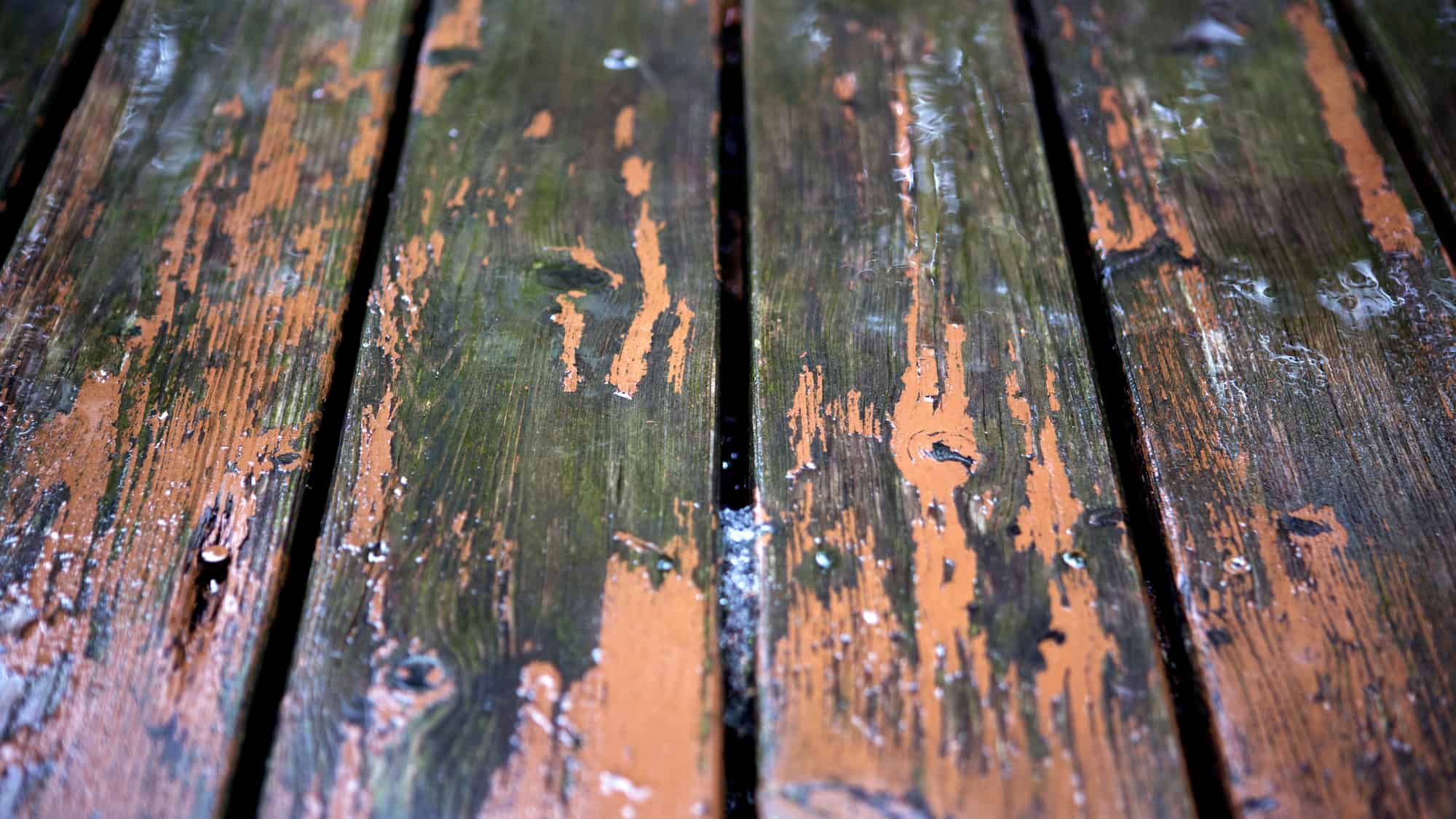 If you have an old wood deck, you’ve probably considered the following option—refurbish the old decking, replace it, or tear it off and start over.

But what if you could put new material on top of the old wood? The deck would be sturdier, and you would save the time spent tearing out the old deck.

You should not cover an old deck with new materials. The additional weight of the new material could compromise the framing and foundation. Once you cover up the old deck, you will not be able to check it for water damage. You should instead remove the old boards before putting down new decking.

Replacing the boards on a deck is an investment. In the short run, covering the deck might save you some money, but in the long run, it could cost you even more.

Read on as we explain exactly why you should first tear out the old decking.

Will the Support Structure Be Strong Enough?

If the deck’s surface is stained or cracked from excess exposure to the elements, we see something we think needs to be replaced. What we want to see is a new deck—a place to hang out with friends and family.

But a deck is not only what you see. What you don’t see—the joists and the footings—are as important. If your joists are weak, your deck will sag. The same can happen if the footings are overloaded.

You might be thinking that covering an old deck cannot add that much additional weight. Depending on the material you use, you could double the weight or more.

Compare the weight of wood to a composite decking:

Adding another layer of wood would double the weight sitting on the joists. But a composite would triple the weight.

Potential Problems With the Joists

Whether or not your deck can support it depends on several things—first, the joists’ dimensions. If the joists are 2 x 6 joists, they will not hold the extra weight.

They are most likely barely holding the deck’s weight — deck joists should be a minimum of 2 x 8.

If so, then joist work will be needed—either doubling up the joists or adding additional ones. And since you are not taking up the old boards, all this work needs to be done below the deck.

Much of the discussion of load capacity in a deck is about the framing. But framing is just one part of the system. Footings and soil are the other two.

A deck could have more than enough framing to hold the decking, but a sinking deck needs to be jacked up, and larger footings will need to be poured.

Overloading your soil with the extra weight can also cause a deck to sink. Hopefully, your deck was not built over organic soils, which are the worst soils for settling.

If your current deck has not settled—that’s great! But there is no guarantee it won’t if you add the extra weight.

Remember that builders usually tackle decks last. Calculating loads for decks can be more complicated. Contractors understand the dead load and live load, but not necessarily how it applies to the tributary areas of a deck.

So your deck may be under-or over-built. Either one can cause you problems if you add significant weight to your deck, and as you have already seen, covering an old deck either doubles or triples the dead load.

Structural integrity is one reason to avoid covering a wood deck. But it’s not the only one. You also must take moisture into account.

Will You Be Able To Keep Moisture Out?

Let’s assume your contractor overbuilt your deck, and it can handle the additional load. Why do you want to cover the wood deck? Are you tired of cleaning your deck? Are some of the planks rotting? Is it time to replace the deck, and you don’t want to pull the old one up?

Homeowners often notice that wood on the deck is cracking or warping or boards that have begun to curve or sway. These can be signs of water damage or dry rot. These common signs will help you decide whether your wood has dry rot:

If you discover dry rot, the affected wood needs to be replaced before the rot spreads. The surrounding pieces might also need to be removed if you see early signs of dry rot.

You see the problem here, right? Once you cover the old deck, you will not be able to detect dry rot. The old deck could rot underneath your feet, and you would not even know it.

To compound the problem, the composite will not be affected by moisture. Therefore, the dry rot has no choice but to spread down to the joists.

Will You Be Able To Attach the New Decking Securely?

One of the reasons that most roofers do not nail roof decking over old decking is the difficulty of securely attaching the new decking. Between hitting the trusses and dealing with nails that aren’t going in as deeply, the roof will be more secure if the old decking is removed.

The attachment problem is not quite as severe with a deck, but if there are gaps between the new boards and the underlying wood, water will get in.

The screws also need to be longer if new decking is fastened over the old ones. Three-inch screws are commonly used in deck construction, but you would use five- or six-inch screws for this project.

Will You Need To Change the Railing Height and Stair Riser?

You have decided that your deck can handle the extra weight and that you can secure the new boards to the old, you have one final consideration.

What will you do about the railing height and stair riser?

The answer could be nothing. Your railing is high enough, and a half-inch won’t make any difference. The final riser will have an additional 1.3 inches (3.3 cm). Again, that might not make much of a difference to you, and you will be able to adjust your footing—just something to think about.

Are There Any Alternatives to Replacing the Wood Deck?

Instead of replacing the old boards, try to rejuvenate what you have. Here are a few ideas:

At first glance, it seems like putting a new deck on top of an old wood deck would make the deck stronger.

However, the opposite is true. Putting new material over wood can cause more problems than just replacing a few planks, giving the deck a thorough cleaning, and putting a protective sealant on the wood.