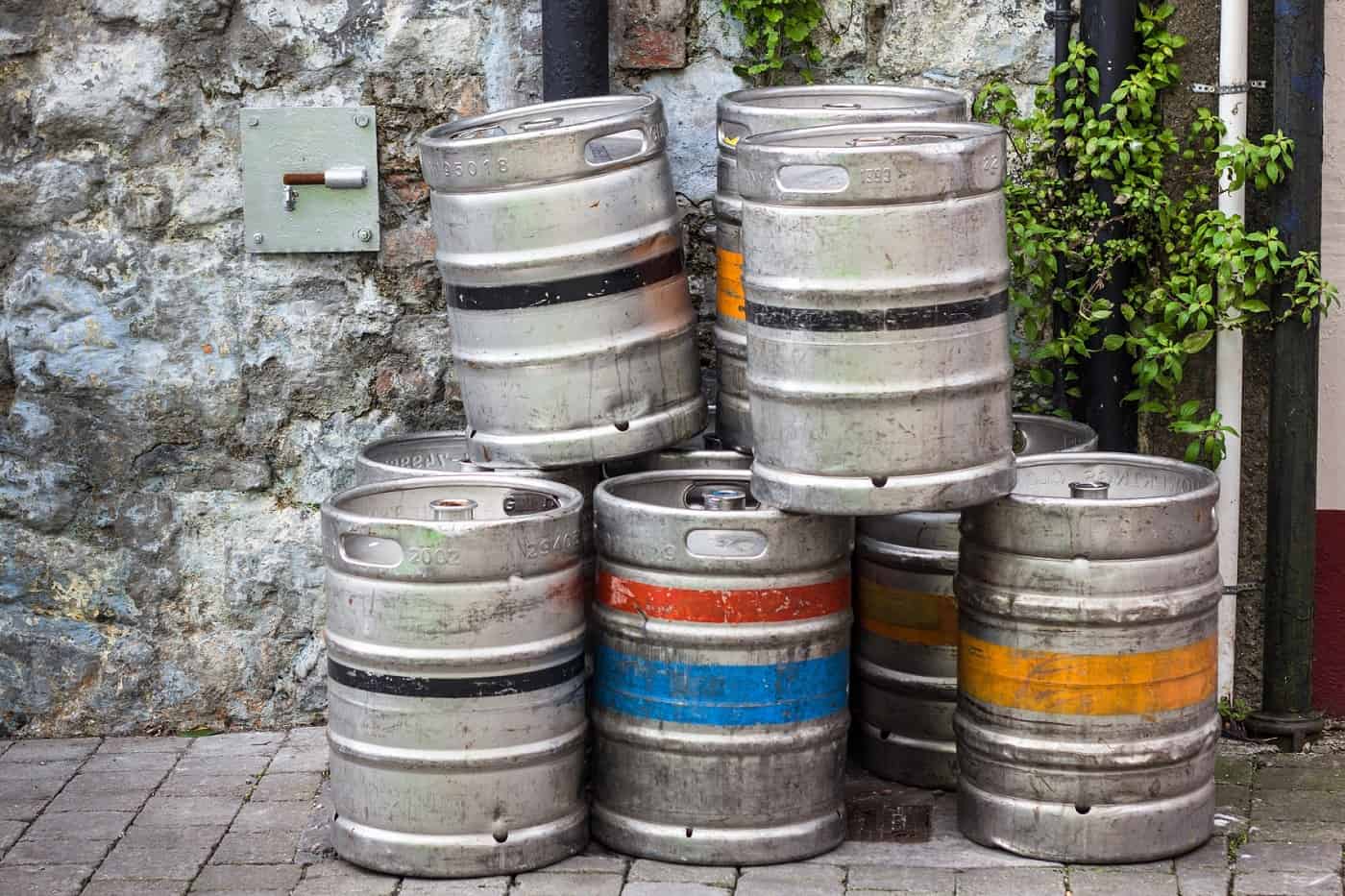 A keg of cold beer is the perfect way to have massive amounts of beer on-demand. Nothing is quite as refreshing as cold draft beer, and a keg ensures that you’ll have enough for yourself and any company that darkens your door.

Not only that, it saves money and is better for the environment (as long as you don’t go overboard with red plastic cups).

Since you’re going to enjoy the cold beer in the great outdoors, it’s only natural to wonder whether or not you can leave your keg outside. As with most things, the answer is “it depends!”

Let’s dive in an explore whether or not leaving a keg outside is a good idea for your situation.

As I hinted at above, whether or not you can leave your keg outside depends entirely on the time of year and how long you’ll be leaving it out there. Simply put, the more extreme the weather is outside, the less time the keg can stay there without going bad.

Everyone knows that when beer gets hot, it can start to taste bitter and undesirable (this is different than the “skunking” phenomenon, which is when beer is exposed to light). However, any major temperature swing can drastically impact the taste of your brew. For that reason, I cannot recommend allowing beer to dip below its freezing point.

Will a keg freeze?

There’s a simple formula to determine what the freezing point of beer is:

Simply put, each additional % of alcohol content lowers the freezing point by 0.42°C, and each increase of 1°P lowers it by 0.04°C.

Your typical beer freezes in the mid 20’s Fahrenheit, with a range of a few degrees. However, this doesn’t mean that you can’t leave it outside while the outdoor temperature drops below 20°F. There are roughly 2000 ounces of beer in a keg and it takes a while to cool that amount of liquid down.

Depending on the temperature outside, it could take days to fully freeze a keg of beer. It can, however, take less time for it to partially freeze (potentially overnight).

What happens when a keg freezes?

When a keg freezes, it can completely ruin the taste of the beer. From doing research in popular homebrew forums, I can tell you that it doesn’t always happen and it seems to largely depend on the type of beer frozen. However, the ruination happens often enough that I can recommend you try not to let it happen.

Many folks think that a keg will “explode” if it freezes, but this simply isn’t true. If a full keg freezes, there’s a small chance that the keg could rupture, but an explosion will not happen!

The summer months are a different story altogether. While a keg can last through a lot, leaving a keg outside in the summer heat can ruin its taste in as little as a few hours. Heat kills beer.

No one wants a warm beer, and if you decide to keep your keg outside in the summer, you’ll need to make sure it’s submerged in ice. That’s the only surefire way to preserve the flavor and temperature.

Alternatively, just keep it indoors or look into getting a Kegerator.

How long does a keg last un-refrigerated?

Naturally, keeping your keg un-refrigerated is going to negatively impact its lifespan. However, you can actually keep an un-refrigerated keg at room temperature for up to 6 months (assuming the temperature stays between 33 and 75 degrees Fahrenheit).

As with anything in this world, the devil is in the details. The type of beer, quality of keg, and the cleanliness when tapping makes a big difference in how long it can stay at room temperature.

The keg’s outer material will naturally be fine un-refrigerated, as kegs are constructed from stainless steel or aluminum.

How to tell if your keg has gone bad

As a keg of beer degrades, it starts to exhibit a few different characteristics.

Luckily, drinking old beer is completely safe (owing to it’s low pH level). It just might be a bit hard to handle!

I’ve went to enormous lengths to inform you about how not to store your keg. So what’s the optimal keg storage environment?

Refrigerated storage is best, preferably in a dark location. According to craftbeer.com, storing beer in a 90°F garage for 3 days is equivalent to storing it in a 38°F cellar for 300 days, resulting in the same amount of flavor loss.

Additionally, storing beer at 38°F retains the level of carbonation created during the brewing process. CO2 expands as it heats, so a higher temperature will cause you to lose the fizz over time.

One thought on “Can You Leave A Keg Outside?”