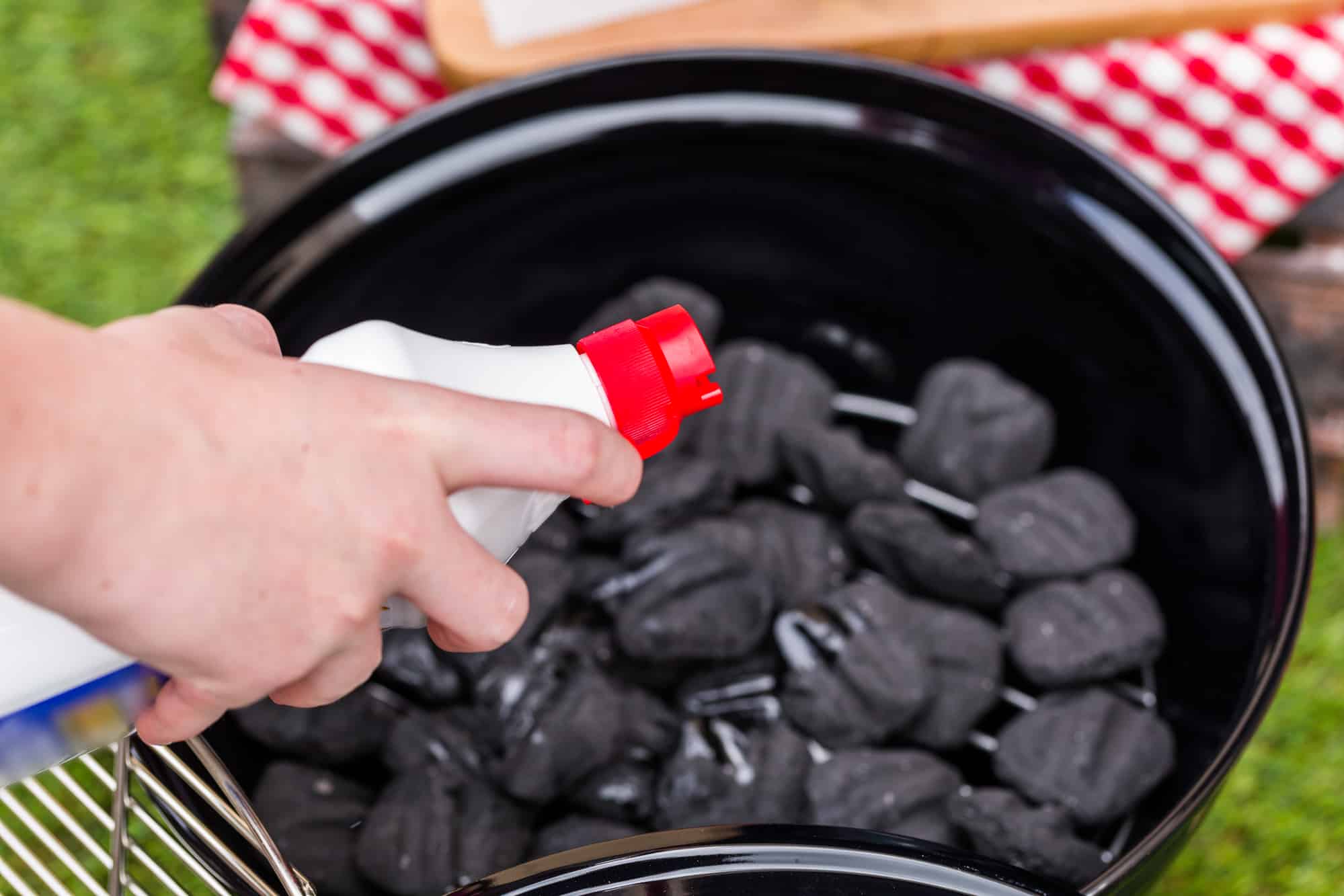 If you’re like me, you hav a rogue container of lighter fluid that has lurked around your garage for years. Mine lives in one of our cabinets, away from my direct gaze and completely out of sight.

And you know what folks say — out of sight, out of mind.

You may have heard rumors that you shouldn’t use old lighter fluid, or that somehow the fluid starts to spoil after enough time passes. And if you’ve heard those rumors, you may be wondering “Does lighter fluid ever actually go bad?”

I won’t bury the lede here.

The short answer is no. Lighter fluid does not contain anything that can go “bad” or expire. It is purely a petroleum-based product or alcohol-based product. In fact, the lighter fluid should last longer than you will (if it is kept in an airtight container and thusly avoids evaporation).

If you think about where it originates from, then this makes sense.

The petroleum used to make lighter fluid has been sitting under the earth for millions of years in the form of crude oil. The crude is far away from the surface and protected from the oxygen heavy air above.

Now, while the lighter fluid won’t go bad, there are storage concerns that you do have to worry about.

The Process of Oxidation and Evaporation

Before we harvested the petroleum from deep regions in the earth’s crust, it had no contact with air. You see, it reacts quickly when exposed to oxygen. Being kept airtight under the surface is the entire reason that we can harvest it today.

Other lighter fluids are often alcohol-based as well, either from methanol or ethanol. Although these alcohols do not expire, they do oxidize quickly.

To give you a visual idea of oxidation, imagine what happens to an apple when you cut it in half and leave it on the counter. It quickly begins to turn brown and dry out, changing the flavor and texture.

Oxidation is any chemical reaction that incorporates a movement of electrons, typically when the substance, like the apple, has lost electrons, and oxygen has gained some.

Petroleum and alcohols oxidize quickly, losing potency and essentially causing evaporation over time. They do not go bad, but they do tend to disappear when in prolonged contact with air.

How long it takes lighter fluid to evaporate depends entirely on its chemical composition. The fluid used in Zippo lighters evaporates within hours when exposed to heat or direct sunlight (maybe even less).

Naphtha lighter fluid, commonly used in wick lighters and some starters, takes around 24 hours to evaporate, depending on the amount. It has a thicker density than the Zippo lighters.

If you were to leave lighter fluid sitting on the charcoal without lighting it, then 100% of the fluid will have evaporated within two to three hours. It has no impact on the surface at hand after evaporation.

This type of lighter fluid is designed to last longer, though. When left in the bottle (even if not completely sealed) it lasts a very long time. At room temperature, it evaporates quite slowly, especially compared to other lighter fluids.

What Happens During Evaporation

When lighter fluid evaporates, it disperses into the surrounding atmosphere. In fact, being in an enclosed space with large amount of exposed lighter fluid is dangerous.

The fluid will continue to oxidize and evaporate, and the toxic gas it produces can cause serious discomfort to the respiratory tract.

The fluid also has the potential to bioaccumulate in the atmosphere after it evaporates. While there have not been extensive studies done to see if this could be causing significant increases in pollution, it’s hard to imagine the fluid not having a negative impact.

If your lighter fluid has evaporated in an area that is stuffy and not well-ventilated, take extra care to avoid starting any fires or setting off a spark. The gas produced by the evaporated lighter fluid is still flammable and can cause explosive chemical reactions to occur in the air and with any of the lighter fluid still left in a liquid form.

Many folks wonder if lighter fluid leaves behind any residue after it evaporates.

Well, if the lighter fluid was clean before it evaporated, then there should not be any residue left once it does. However, do not be deceived since there can still be areas the fluid has soaked into and remains long after the surface layer looks to have disappeared.

Remember to double and triple check after spills that the lighter fluid has completely evaporated!

With all of that being said, some lighter fluids that use ethanol or methanol can leave some elements behind. However, these are quite rare and are typically bought specifically for their chemical composition, not because they can be readily picked up off a grilling shelf in the supermarket.

In all likelihood, your lighter fluid does not use ethanol or methanol!

The best thing to do to keep most lighter fluids from evaporating is to keep it in an airtight container, stored in room temperature, and out of any direct sunlight.

This is easy enough to do for containers of charcoal, lighter fluid, and similar products. However, popular Zippo lighters are renowned for causing lighter fluid to evaporate quickly.

Because of their construction, it is impossible to completely seal the fluid inside and still use your lighter).

When you light it up, try to limit the amount of time it spends burning. Obviously, burning the lighter fluid causes the chemical reactions that make it burn faster, but it also allows it to contact air and heats the rest of the fluid below.

If you are really concerned about your lighter fluids evaporation rate, then consider reducing the concentration gradient. Instead of topping it up all the way, refill it a little less, but more frequently. Doing so will increase the amount of time it takes for the whole thing to evaporate.

If you have a way to seal your container so that it doesn’t allow as much air in, then consider doing so. Any decreased interaction with the surrounding air will exponentially decrease the rate of evaporation in the lighter fluid.

If you are an avid grill master or you find yourself wondering why the lighter fluid disappears from your lighter, it is good to know why. Just picked up an old bottle of lighter fluid that you forgot about? If there is still some left in the bottle, then you don’t have to worry about it. It is the same as it always has been and just as viable.

One thought on “Does Lighter Fluid Ever Actually Go Bad?”