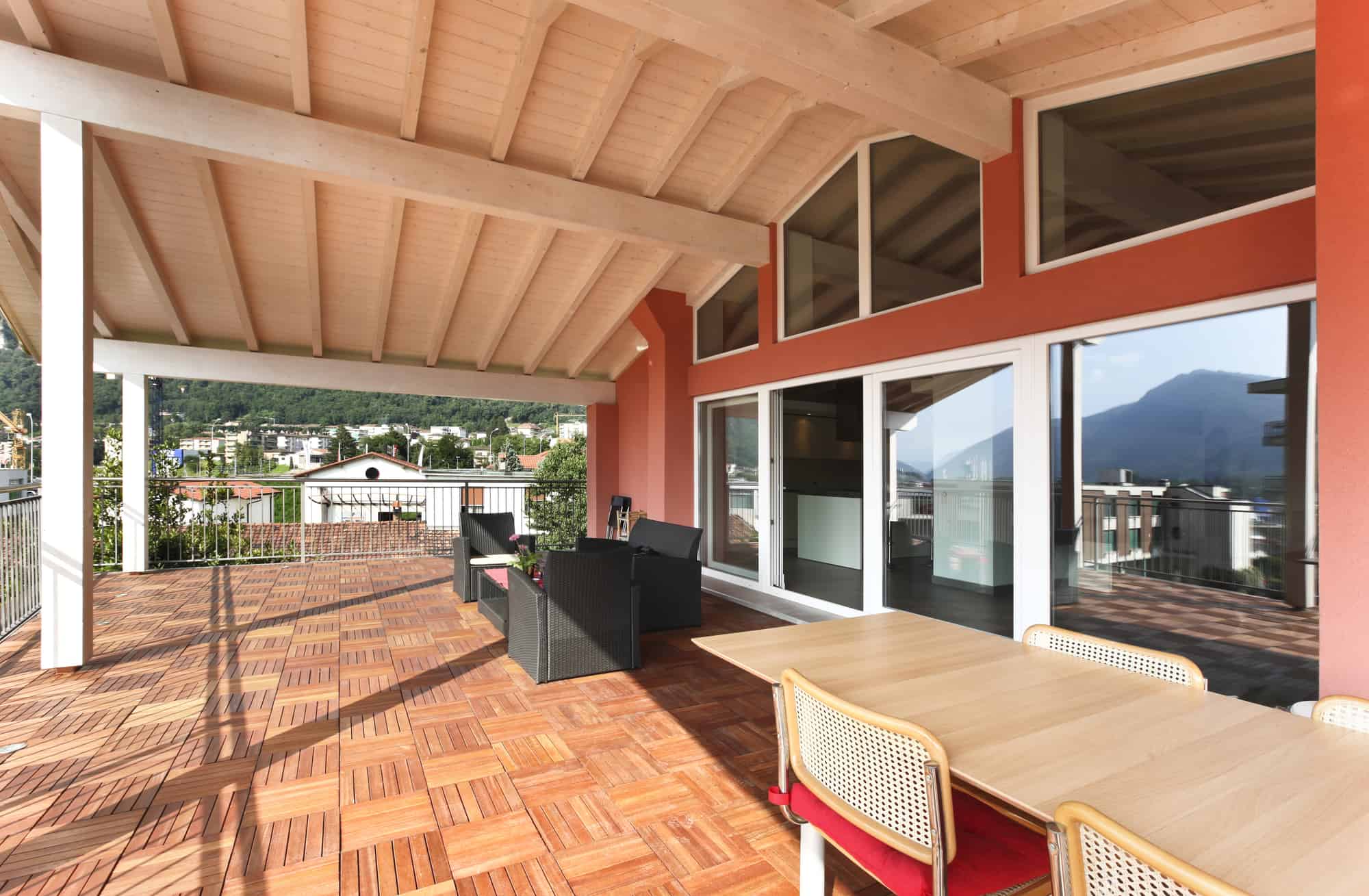 Is veranda just a fancy word for a patio? I was grabbing some socially-distanced hot wings with a couple of friends when this topic came up.

One of my friends insisted that a patio and a veranda were the same things. I’m embarrassed to say that at the time, I didn’t know enough to say one way or another. After all, I’m Captain Patio. Not Captain Veranda.

Being unable to settle this particular question and having a belly full of wings, I drove home and did the research. Finally, fine readers, I’m ready to share the information with the world at large.

The Difference Between a Patio and a Veranda

Plainly, a veranda (or verandah) is an open-air porch (or gallery) directly attached to the outside of a dwelling or structure. It must have a roof and has to be partly enclosed by a railing.

It often extends to multiple sides of the structure, although this is not a requirement.

This sounds awfully similar to a patio, doesn’t it?

In fact, you’d be forgiven if you slipped and referred to a veranda as a patio since they share many characteristics. Let’s take a look at the full array of characteristics.

There are many differences outlined above, but the construction materials are also typically different between a veranda and a patio. The veranda is constructed of wood (like a deck), a patio is usually constructed of stamped concrete or pavers.

Depending on where you look, it’s possible that you’ll see veranda spelled verandah — but which one is correct?

In actuality, they’re both correct. However, “veranda” is largely considered to be the more correct form and the style guide for The Guardian newspaper enforces veranda.

Since the word “veranda” is most common in the United Kingdom, it makes sense that we should look to them on how to spell it (perhaps not how to pronounce it though!).

Let me know in the comments if you’re here in the U.S. and spell it “verandah”. In America, I’ve never seen the word spelled that way!

Commonly around my neck of the woods (between the mid-west/south), we simply call them wrap-around porches! However, fancier folks than me may put their pinkie out and call them something else (I’m kidding! Captain Patio loves you, fancy folks, too).

As I mentioned above, verandas require a roof by definition. The roof is sometimes extended from the dwelling and it’s often an awning held up by support beams. However, patios often don’t have roofs at all!

My patio lacks a roof, and because of that we simply use umbrellas to shield us from the sometimes-harsh rays of the sun. While they work great, their presence doesn’t automatically turn our space into verandas?

The Benefits of Verandas

The benefits of verandas are varied and many, and they offer almost anything you’d want out of an outdoor structure. They keep folks dry and warm during wet and cold weather, while also keeping them nice and cool during sunny, scorching days.

Verandas offer a great space for entertaining, as well as a quiet place to relax.

The only disadvantage to verandas is that they often don’t have the kind of space that an open patio would offer. You’re right up next to your house, restricting the amount of area folks can move around.

As I’m sure you’re aware, verandas and patios aren’t the only structures on the block.

In fact, there are many other types of outdoor structures designed for relaxation and entertainment. And if you’re wondering about the difference between patios and verandas, it’s very possible you have them on your mind too!

Let’s take a quick look at the list of other outdoor structures that get confused with patios/verandas, along with many articles I’ve written about them.

Gazebos are significant outdoor structures identified by being detached from the main dwelling and having a roof. Their detachment from the principal residence is the only aspect that keeps them from being classified as a veranda.

You could even think of gazebos as “standalone verandas” if you wanted to be creative.

haven’t yet ventured into the realm of gazebo content, but I expect I’ll write some articles about them soon!

Decks are almost verandas. However, they lack two important characteristics:

However, decks are amazing and I’ve created some good content around them.

I’m sure there will be more to come, especially next spring as I build a new one!

Pergolas, although they have a roof, still don’t qualify as verandas. The roofs themselves aren’t enclosed and the pergola can be detached from the dwelling.

Though, pergolas are definitely fantastic fixtures to an outdoor space. I’ve also written a piece about pergolas I’m quite proud of.

If you’re interested in a pergola, read that article to make sure you don’t spend too much!